There are some days that you know will inevitably arrive. We all know that the day will come when someone we love will leave this Earth physically. When that person is a child, you may become obsessed with other days you know are in your future. The path of dreams you set out on when your child was born becomes decimated, and you are now forced onto a different path.

There are the major days we know will be hard – birthdays, graduations, marriages and births. These are days that bereaved parents dread. The thought of them evokes a stifling pain that takes one’s breath away.

Then there are less significant days as a whole, but more impactful in some ways. Most recently the shock of physical transformation has been thrust upon me. My angel, Christian, will forever be six years old. Not nearly old enough to say he lived a full life. Many coming of age experiences and milestones fell away in an instant when he was called to Heaven. Each one dropped into the sand, forever buried. So many major mountains never climbed.

This thought often plagues me. He was my oldest child of three so it is only in the past two years that his brothers have begun reaching milestones that he never did. His classmates, however, have been reaching them, changing and growing since the day he died.

As his classmates and friends age it has been difficult to hear of them celebrating birthdays that he may have been included in. It was difficult to watch them grow into the oldest class in the elementary school, have their special musical concerts, special field day events and finally move on to a whole new era in their life; middle school.

Yet, they still resembled their little Kindergarten selves. Recently, though, their faces have changed. The baby fat that once puffed out their cheeks has been chiseled. The hair, that mom was once responsible for keeping clean and neat, now sports gel and hip styles. Clothing choices have shifted and lets not get into the height changes! More than once upon seeing one of Christian’s friends I’ve gasped, shocked at their appearance. It stays with me and burrows into my heart.

This is the year. The year he would have made those stark transformations. Friends and relatives who don’t see him all that often would have been the ones to gasp. As his mother I would have had the privilege not to notice. It wouldn’t have taken me by surprise because the drastic nature of the change would be less visible to the eyes that saw him every day. 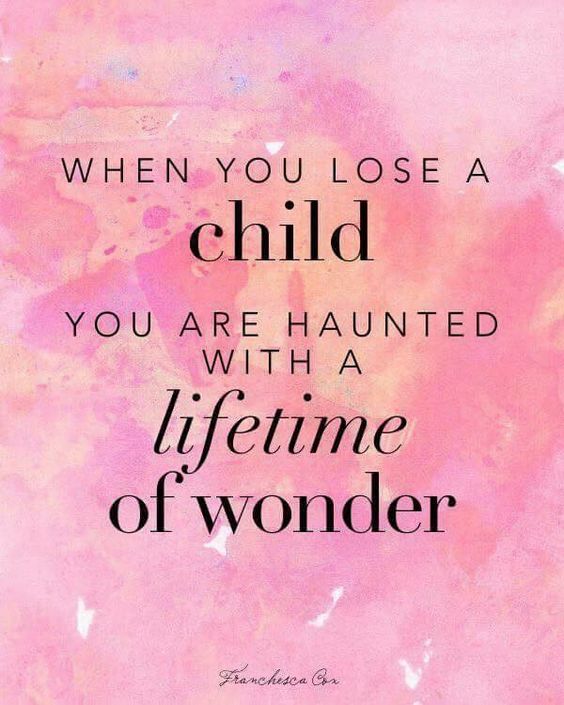 It’s the question that haunts all grieving parents. Who would you be now? I want to know 11 year old Christian!! I want to see him, hug him, know his interests. I even want to be able to argue with him. How would his mischief be impacting my life now?

Facing such vast physical changes in his classmates makes it harder to see the commonalities between them and Christian. It tricks my mind into believing he never was a part of that group. They have left him behind physically. Never in their hearts, but they have surpassed him in age, education and now physical appearance. Each change breaks my heart a little more.

Yes, there is so much beauty in the pain. It’s been found unexpectedly, but it doesn’t numb the other side. The depth of the pain where no beauty can ever be found. Love to Heaven…

My name is Cara Martinisi. I am mother to three boys and a wife to my high school sweetheart. Up until three and a half years ago, I lived a mainly charmed life. I married the first boy I fell in love with, had three easy pregnancies and three healthy boys. Family and friends were plentiful and amazing. There were bumps in the road, like with anyone else. For the most part, though, I had lived my life with everything falling neatly into place. This all changed after living 35 years in this manner. On July 3rd 2014, our house got struck by lightening. It was a scary experience, which resulted in a fire. Our entire family escaped the fire safely. Our home needed to be gutted and rebuilt, but we realized just how blessed we were to all be safe and sound. Fast forward exactly eight weeks later, to the end of the summer, August 28th. Our entire world was changed in a matter of minutes. We were living in a rental home, where a freak accident occurred. The supporting pole in the garage was not secure. It fell on my six year old son, Christian. My then three year old son and I witnessed the entire scene. This has irrevocably changed who I am as a person in every way. I am now a bereaved mother. It may be one of my titles, but not my identity. My family will never be the same. We are left to move on, while we are not whole. The trauma, shock and pain resonates daily, in one way or another. My mission, now, is to help others who have joined this undesirable club. My mission is to carry on my son’s message, which was kindness. My mission, now, is to make a new normal. I hope you get some inspiration from my posts, whether you are a bereaved parent or not. Grieving a child teaches you lessons that one can never learn in any other way. As always, love to heaven... View all posts by christiansredballoon